You are here: LitRPG Reads / Blog / Ten XBox One RPG Games Out Now in 2018
Spread the love 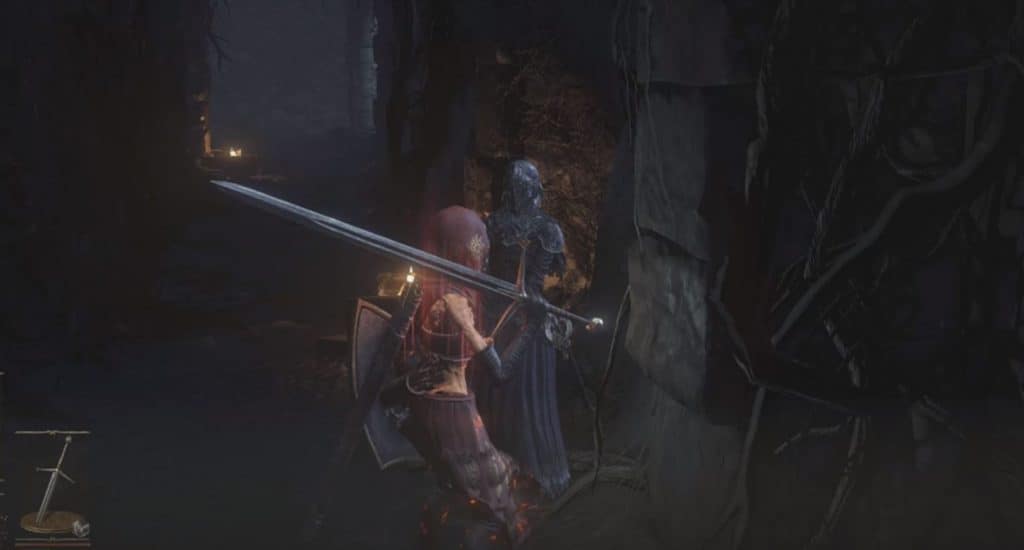 It’s hard to say that the XBox has always been a great place for RPG fans. The original system had a few stellar exclusives like Knights of the Old Republic, of course, and Mass Effect originated on the 360.

Outside of a few BioWare releases and a handful of interesting JRPGs, though, the system seemed to be more than content to run on shooters and action games. The XBox One, though, has always felt different. It’s a system that seems to have a more complete design in mind, one that is as much a home for RPGs as it is other consoles. While the system does lack a killer signature RPG, it has made great strides in making sure some of the best games released in recent years run well on the console.

This is definitely a great thing, because the past few years have been great for RPGs. More games than ever have added RPG elements and AAA publishers are taking more risks than ever. In the sea of great RPGs, though, there are a handful that really stand out on the XBox One. From Game of the Year winners to fantastic throwbacks, these games aren’t just the best RPGs available on the XBox One – they’re among the best RPGs, period. Below are a handful of the real winners that make their home on Microsoft’s system.

Monster Hunter has always been a niche title in the West, full of laborious grinding and legitimately difficult encounters. While Monster Hunter: World hasn’t eased off too much on the end-game difficulty, it has reduced the tedium of preparation to transform the franchise into something much more palatable for console players. As it stands, the game is one of the most beautiful games on the One, with incredibly character design and some of the most lush environments ever featured on the system.

Monster Hunter: World is still a game of preparation and planning, but now in a much more action-packed package. You’ll get your chance to test your wits and might against some of the game’s most famous creatures, alongside a host of brand-new foes. If you’re looking for something that will challenges your preconceptions of what makes a good XBox One RPG game, this might be a good fit for you.

Few games have been met with as much praise as The Witcher 3: Wild Hunt in recent years, and even fewer have really deserved those accolades. This game is something special, one that’s not only continuing to thrill players years after release but one that’s already changing how RPGs are designed. If you want to take a look at the future of RPGs, and especially of AAA console RPGs, this is the game at which you should look.

The Witcher 3 features a huge, complex world that pulls absolutely no punches. Even the sidequests are among the best ever written, succeeding in creating situations that are truly hard to solve with your limited knowledge. This is a game in which every choice matters, even if you don’t necessarily see the impact right away. If you are looking for one of the best RPGs of a generation, this is the game for you.

The Dark Souls series certainly has a reputation for being punishing, and that’s a reputation well-deserved. In truth, though, the punishing difficulty isn’t really all that scary – it’s just another foe to overcome. In Dark Souls II: Scholar of the First Sin, you’ll begin to see the game isn’t unfair – it just expects more out of you than most RPGs. This isn’t the usual power fantasy, but rather a game that requires you to think harder, learn more, and be precise.

This is, in many ways, the RPG for those who are tired of having their hands held by game makers. The game always expects you to do the right thing and getting lazy will always lead to a punishment. In short, this is a game for fans of being rewarded for perfection rather than just for being good enough. Once you get the hang of it, you’ll find an amazing game that you won’t be able to put down.

Fallout 4 was one of the most hyped games to be released on the XBox One, and with good reason. With a massive world and hundreds of quests, it’s one of the largest RPGs currently on the console. The story allows players another look at Fallout’s unique universe, but in an entirely new location. For the first time in the game’s history players also get a look at the world as it was before the bombs dropped – an amazing chance to go even deeper into Fallout’s lore.

While the game itself is largely played as a shooter, there’s still a number of rock-solid RPG elements in the game’s design. Not only is your character completely customizable, but so too is the way you choose to go through the campaign. With multiple endings and a some of the series’ hardest choices, it’s a fantastic game for fans of the series or those who want to live out their post-apocalyptic fantasies.

If there’s a word that describes Divinity: Original Sin Enhanced Edition, it is depth. This is a game that does a deep dive in terms of content, even if it doesn’t always succeed. It feels like there is always something to do in this world and that every action will somehow lead to something more. It’s the kind of game you boot up just to try out and find yourself walking away from days later, wondering where all your time went. In short, it’s the kind of classic RPG on which XBox One finds itself terminally short.

Divinity is a little buggy, though the Enhanced Edition does take care of most of the game’s most notorious issues. What’s left in its place is something that feels a little old school, though definitely not in a way that will annoy most players. It’s the kind of game that is meant to be played for lengthy sessions, and then talked about for even longer.

At this point, most gamers know about the Dark Souls series. It’s known for being one of the more difficult role playing games out there, but the difficulty is all by design. It takes a totally different look at typical video game combat, one in which patience and pattern recognition trump twitch skills and button spamming. It’s the perfect kind of RPG for a very specific kind of player, the kind that wants to truly triumph over his or her enemies instead of getting an easy win.

At this point, Dark Souls III is really the best iteration of the game on the XBox One. It’s the version that really pushes the formula as far as it will go, one that takes players to the brink without being unfair. It is a devilishly hard game, but that’s what makes it so fun.

Diablo is a series that’s traditionally had its home on PCs, but the latest of iteration of the game has found perhaps its purest expression on the XBox One. The action-packed loot-fest of a game features not only a number of interesting new mechanics, but also a fantastic control scheme that really shines on the consoles. While there are certainly deeper RPGs out there, this one is one of the most fun.

The Ultimate Evil Edition of Diablo III features enhanced graphics as well as the content from the game’s first expansion, Reaper of Souls. Players get access to all the content of the PC version of the game in a package that is optimized for consoles. Character building is still a huge part of the game, as are stat-boosting items – truly a perfect combination for action fans who are looking for a reason to do a little theory-crafting between play sessions.

Dark Souls III: The Ringed City brings the Dark Souls world to a close, and does so by blowing away most of what the series has built in recent years. Gone is the certain, plodding pace and in its place is a panicked fight against hordes of enemies. There’s far more emphasis on reaction here, one that requires players to still be perfect but now to do so in a hurry. It’s an infuriating and fantastic addition to a great game.

The Ringed City is a must-play for Dark Souls fans, if only because it’s the last bit of the series. While the pacing may not always be perfect, it’s a great change that still keeps the soul of the game intact. This is not just a great addition to the Dark Souls world, but a decent ending to a series that always seemed to be one-upping itself.

The long-awaited Final Fantasy XV is the biggest JRPG on the XBox One and a breath of a fresh air after the overwrought FFXIII saga. While the game doesn’t quite return Final Fantasy to its roots, it nonetheless feels more like a Final Fantasy game than any of those released in recent years. It captures the feel of a great road trip movie alongside the epic scope of a good RPG story, giving players access to some of the best characters to show up in the series in many years.

While the road trip of Noctis and pals might be at the heart of this game, it’s a solid action RPG at its core. With great enemies, some really unique fight mechanics and a good progression system, it’s everything you would want from a Final Fantasy game. Even with that said, it manages to break new ground with some of the new mechanics introduced in the game and the way it presents its story.

Definitely an RPG for those who prefer the role-playing part of the equation, Torment: Tides of Numenera is the spiritual sequel to the classic Planescape: Torment. While not a fast game by any stretch of the imagination, it’s one of the best throwbacks to classic RPG gaming. Players are given a number of great ways to handle the situations encountered during play, with a cast of great characters that will stick with gamers long after the credit roll.

Torment is a cerebral game, meant more for those who like to dive into the lore of a world than those who want quick action. The combat isn’t the draw here – it’s the interaction between characters. Even with that said, it’s a fantastic game play experience that you really won’t find anywhere else on the XBox One. If you’re looking for a good throwback RPG, this is the game for you.

These are only a small selection of the RPGs players can find on the system. They range from fantasy epics to modern shooters, but they all have RPG elements at their cores. These are the games that you’ll remember playing for years to come, as long as you give them they chance they deserve. If you’ve played through them all already, just wait – there’s a whole new slate of interesting-looking new RPGs scheduled to come to the system over the course of the new few years. Come check out the Gaming Section at the LitRPG Forum if you want to discuss with other gamers.

New Video Games for PS4, Xbox One, PC, and Nintendo Switch in April 2018