E3 – the Electronic Entertainment Expo – is over, but we’re still digesting all the news about great new games coming to market. If you didn’t know, E3 is the annual video game conference and show at the Los Angeles Convention Center. This year it was an even bigger event with many game companies showing off their latest offerings. We’re going to have more roundups over the summer about great games coming, but we’re starting with a look at four super-hot RPG titles coming in this year and next. Both 2017 and 2018 are shaping up to be years RPG gamers will love.

While Square Enix didn’t have an official presence at E3 this year, they dropped a bombshell with a new Kingdom Hearts III trailer (video to the right). The trailer is less than three minutes long, but it’s packed with teasers and hints of what’s to come in the game’s latest iteration. Classic Disney villains? Check. Will Roxas come back? Maybe. Will there by an XBox One version? Yup.

Also, combat in the game looks as intense as ever. From what we’ve seen so far, it looks like the new Kingdom Hearts video game will be the best in the series yet. We still have to play it to be sure, but you can rest assured we’ll be doing that as soon as possible. For now, check out the new trailer if you haven’t had a chance to see it yet. Good stuff if you love classic Disney fun mixed with RPG.

More games set in Middle-Earth? Yes, please! Available 10/10/2017, this is a game a lot of fans (ourselves included) are anxiously awaiting. What could be better than an RPG set in a rich world we already know and love? Not much. This is an action role-playing video game so fans of turn-based strategy and tactics might not enjoy it as much, but still…Middle-Earth! As with the first game, the events in Middle-Earth: Shadow of War will take place in between the events of The Hobbit and The Lord of the Rings.

The story follows the ranger Talion who shares his body with the spirit of the elf lord Celebrimbor. Sound deep? Don’t worry. There’s a ton of action in this game from what we’ve seen so far. The game takes place in an open world environment and is played from a third-person perspective. According to producer Michael de Plater, this game is more in-depth than Shadow of Mordor because the development team was more familiar with building an open-world RPG. It takes magic to make one the right way. 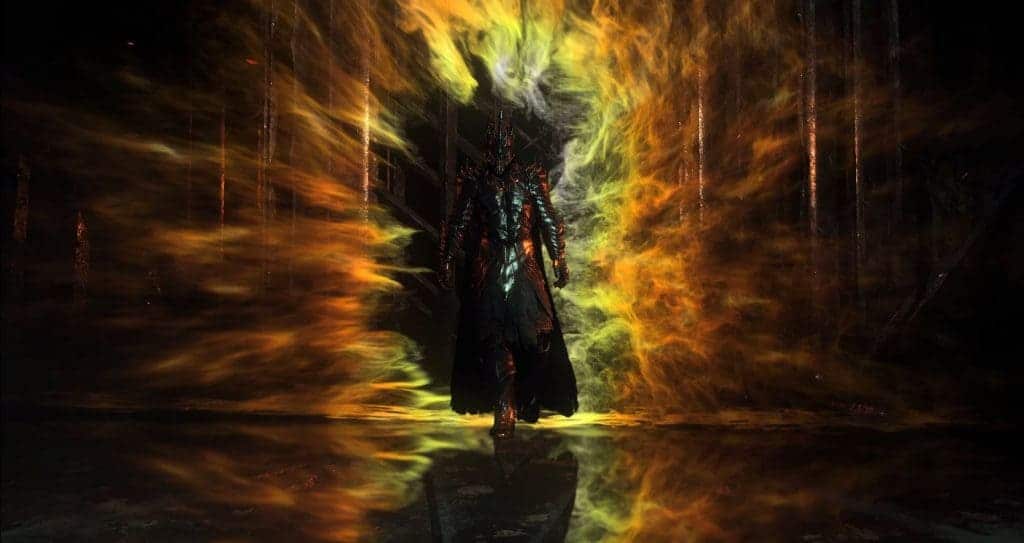 Originally set to release in August 2017, they pushed back the date to make sure the quality is outstanding. Don’t you wish more game developers would do this rather than rush something out? (We’re talking to you Magic Duels!) In all seriousness, it’s great to know that the game developers are taking the time needed to make this game better than average. While a lot of RPG-worlds are available, there’s something special about playing a character (that’s not a hobbit) in Middle-Earth.

Available in November 2017, Vampyr is an ambitious project that will be wonderful if the development team behind the game does everything right. Way back on June 19, 2015, game-development studio Dontnod and publisher Focus Home Interactive announced Vampry to the world in a blog post. The creators of Remember Me and Life Is Strange were back with an exciting new RPG experience involving vampires. Notice the date of over two years ago.

According to their site:

Vampyr is set in early 20th century Britain as the country is gripped by the lethal Spanish flu and the streets of London are crippled by disease, violence and fear. In a disorganized and ghostly city, those foolish, desperate, or unlucky enough to walk the streets lay prey to Britain’s most elusive predators: the vampires. Emerging from the chaos, a tormented figure awakens. You are Jonathan E. Reid, a high-ranking military surgeon transformed into a vampire upon his return home from the frontline.

The game is set to release on PS4, Xbox One and PC. 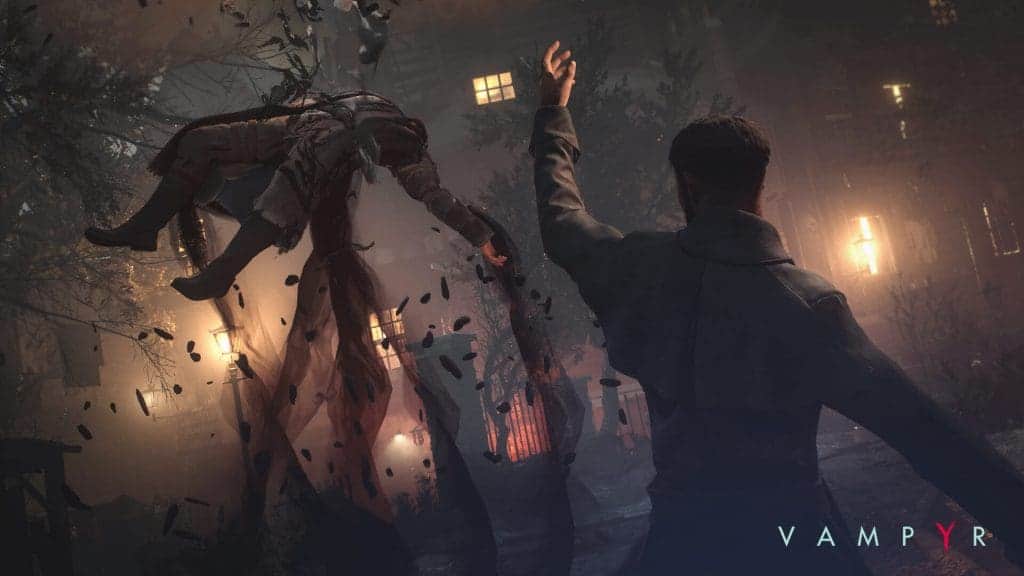 Yes, another RPG with kingdom in the title. Big surprise. However, this one is radically different from Kingdom Hearts – in a good way. If you didn’t know already, Kingdom Come: Deliverance is a story-driven open-world RPG that immerses the player in an epic adventure in the Holy Roman Empire. This is not your typical EverQuest or World of Warcraft game. This one’s based a bit on reality. Will it still be fun to play? That’s the big question.

Start your adventure as the humble son of a blacksmith, who alone has survived the wrath of the mercenary army that mercilessly destroyed your home and murdered your family. With your life turned upside down, you swear to avenge your family. Prepare yourself for an epic journey through the reconstructed historical landscape of medieval Bohemia.

At your disposal is a diverse world full of endless options: use your reputation and charisma to investigate crimes and influence the inhabitants of the region to guide you on your quests. Overcome obstacles in multiple ways, either with diplomatic skills or with brute force.

Okay, it does sound a bit interesting. Here’s some more…

Welcome to the living world of Kingdom Come: Deliverance, a world that dynamically responds to your actions. Whatever you do can affect the reality of the world. Everything within the game organically reacts to your deeds. NPCs will report your crimes to the authorities, crimes committed will affect economics and NPC behavior.

Your reputation is essential: your behavior will attract individual inhabitants. If you are merciless, dangerous characters will take your side. Making allies isn’t easy, you must focus on the conversations you have with other characters, choose the right answers and maintain good relationships.

Kingdom Come: Deliverance has a deep, believable, realistic story and an exceptional level of graphic detail with a dynamic AI system, a functional day and night cycle and varying weather patterns that bring the world of the 15th century to life! 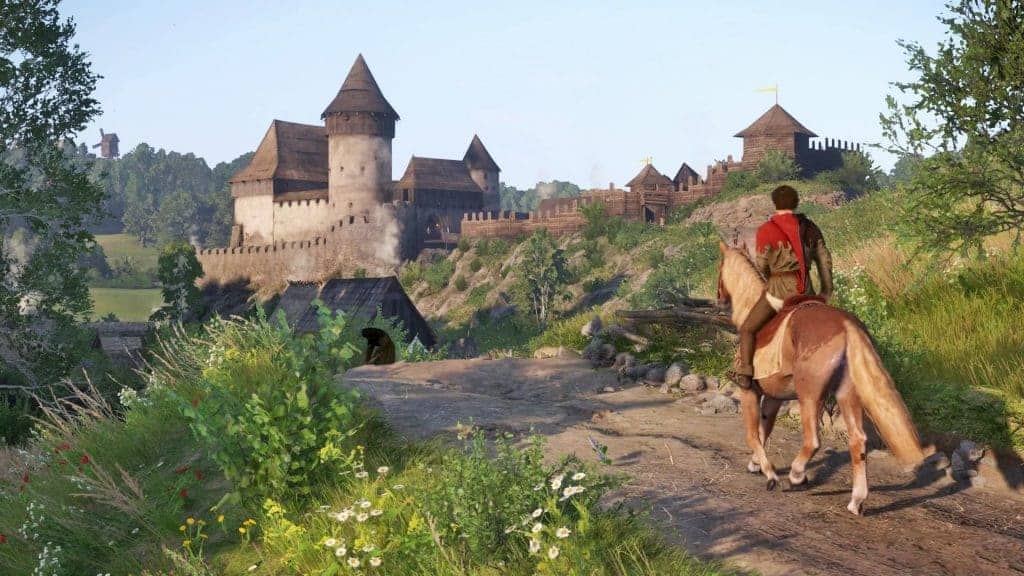 Your Favorite Upcoming RPG in 2017

What RPG are you waiting on? Come over to the LitRPG Forum and let us know. The community is waiting to hear from you!