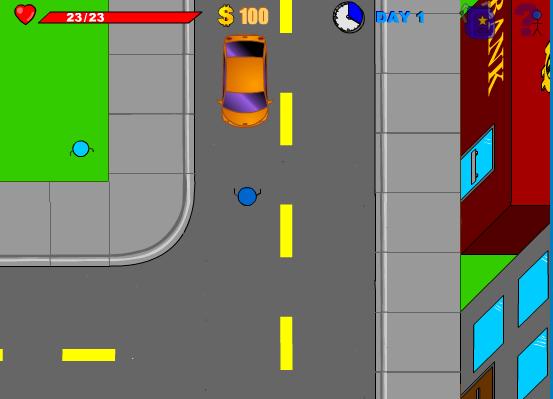 One of the great things about RPGs is that they don’t have to look great. Sure, some of the biggest role playing games on the PC and consoles have boasted incredible graphics, but it’s always been the story that really matters. One of the best examples of story trumping graphics can be found in a Flash game series. Stick RPG has been one of the more popular flash game titles ever released, with literally millions of plays. If nothing else, it’s worth taking a look at how this game has managed to thrive when so many others have fallen by the wayside.

To call Stick RPG a fairly basic RPG would probably be overselling it tremendously. In terms of looks, it’s probably one of the worst-looking RPGs you’ll ever play. That doesn’t mean it’s bad, though. Mechanically, it works so much better than it should.

Most Flash RPGs are carbon-copies of Final Fantasy with worse art, but you can tell that Stick RPG actually had some effort put into it. You aren’t going to find anything in the game that will blow your mind, but you will also find yourself grabbed by the game far more than you should be by a Flash title.

There’s nothing in this game that’s going to stack up with a major release, and that’s fine. You’ll find a bit of clever dialog, a few great fights, and a bit more heart than you should otherwise expect to see in a free game. If the series had stopped there, it’s very possible that Stick RPG could have been forgotten. Instead, though, the team behind the game kept iterating. Stick RPG Complete is a much better game than the base version, adding a little more polish into something that had obviously been a labor of love.

Stick Figure RPG still has its adherents, though there are plenty of bugs in the game. It’s a testament to what developers have been able to do with limited resources and a very limited platform. Imperfects as it may be, it’s still a good example of how RPGs can overcome technical limitations.

If you really want to be impressed, though, you have to look at Stick RPG 2. It’s odd to say, but this game really improved on every level – including the graphics. It’s a testament to what you can do with stick figures, especially if you are willing to put in more work when it comes to the backgrounds. This is a game that’s fleshed out enough to deserve it’s own wikia, one that can easily rival some of the better paid indie games out there. The fact that the game is free is frankly amazing at this point.

Stick RPG 2 improves on virtually every aspect of its previous iteration. The battle system is tighter, the script is better, and there’s far more to do in this version of the game. It comes dangerously close to feeling like a full release, even if you can play it in your browser. It’s probably one of the most dangerous games for work productivity out there, so be happy if your place of work blocks the game. You’ll get sucked in fairly easily, and you won’t mind it in the least. This is a good RPG even if it still looks like something that was made for Flash game sites.

Stick RPG fixes most of the flaws with the earlier game, but it still runs on Flash. That means that there will always be bugs and technical issues. Honestly, the biggest problem with the game tends to be that most of the sites that host it are infected with malware.

These games absolutely prove that looks don’t make an RPG. While the second entry in the series looks just fine, it’s the mechanics and the game play that make the games so popular. If you are looking for a fantastic RPG series that will help you waste some time, this is a good fit. Don’t go into the game expecting AAA graphics or voice acting and you will be pleasantly surprised by what you find. It turns out even stick figures can be useful if you can put together a compelling enough story.