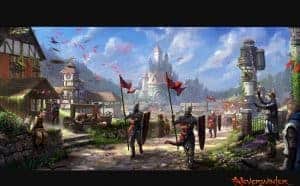 Neverwinter is one of the first names that come to mind for PC players who love Dungeons and Dragons games. It’s been around since the early 1990s, giving players a way to interact with the D&D world and one another. It should come as no surprise, then, that there’s a Neverwinter MMO in the modern era.

Coming after the success of both the original Neverwinter MMORPG and the two hit computer RPGs, the game has a fantastic lineage. The game is more than just the latest iteration of what came before, though – it’s a fully-fledged MMO that stands well on its own. Let’s dive right into this free online game for D&D fans.

You can tell a lot about the state of a game by the its community. While an MMO can have all the bells and whistles, it’s never going to succeed unless it has a strong player base. Unfortunately, it’s hard to get a handle on exactly how lively Neverwinter really is just by logging in. Since the game is fragmented among several different platforms and has players across the world, you might never get a real idea of how many people are playing at any given time.

Fortunately, you can look at the forums to learn a lot more about who is playing Neverwinter. The good news is that the forums really are active. They’re fairly well regulated, of course, but many players post on them. Unfortunately, the forums do have a tendency to be toxic – not a byproduct of the game itself, mind you, but a byproduct of MMO communities in general.

The game play in Neverwinter is pretty much par for the course if you’ve ever played one of Perfect World’s other games. There’s a generous character creator that allows you to pick your class, and then you’re pretty much thrown into your adventure. It features a reasonable tutorial to get you on your feet and teach you about the game, and then you’re more or less on your own. There’s a tiny bit of hand-holding available, but it otherwise plays like a very standard third-person action game.

It should also be noted that the game has been released on consoles and that the development team did a great job scaling PC controls to work with a controller. The game plays equally well on both platforms. 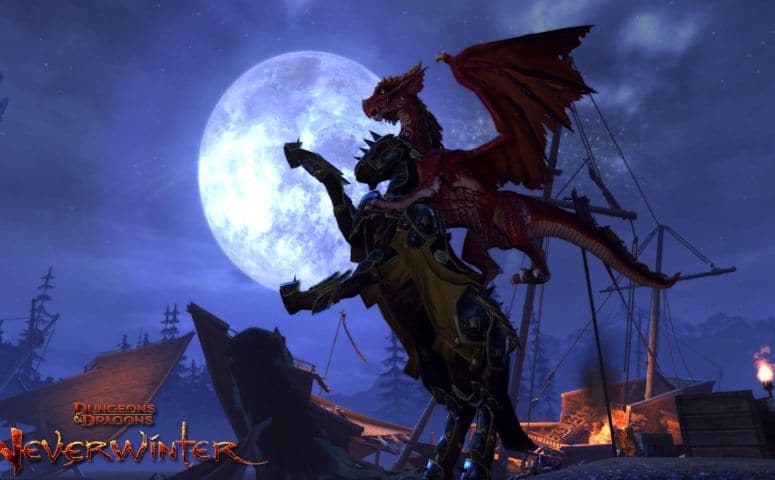 It wouldn’t be a Dungeons and Dragons game if players couldn’t choose from a variety of races for the game. It should be noted that the full range of D&D races aren’t represented in the player character choices, nor are some of the races that were present in the base selection for Fourth Edition included for players who don’t buy them separately. The playable races include:

It’s expected that more races may be released in the future as more expansions to the base game are published. Most of the races that cost extra are included for buyers of each expansion to the game, with a chance for other players who didn’t pre-order to buy them later.

There are also a handful of classes available for players, all of which are based on basic D&D classes. To make things a bit easier on players, though, classes are also divided into a set of roles that better fit in with the typical MMO archetypes. Classes can be either Defenders (tanks), Leaders (Healers/Buffers), Controllers, and Strikers (DPS). The classes included in the game are:

Unusually for an MMO, there haven’t been any classes released that require the purchase of an expansion pack. The classes only represent a very small selection of those available in Dungeons and Dragons, so there’s a great deal of room for new classes to be released.

There are a truly amazing number of achievements in Neverwinter. They can be divided into a few basic categories of action, which does make it easier for achievement hunters to accomplish everything they want to do. It should be pointed out, though, that the in-game achievements are not the same as the achievements available on the console versions of the game – the relevance of these achievements only matter within the game.

Some of the achievements in the game are based on completing quests. Others are given to players who manage to complete certain dungeons. There are achievements for PVP combat, for healing characters, taking a certain number of quests and for taking (and dealing out) damage. Almost everything in the game has an achievement associated with it, giving dedicated players something to grind.

There are also achievements that can only be gained through buying specific packs or participating in certain contests. These giveaways also tend to include special titles or in-game items, and thus tend to work as status symbols within the game.

One of the most beloved parts of any Neverwinter game has always been the companions. They don’t just provide help to the players, but they also provide a great deal of flavor to the world. Unfortunately, most of the companions in this game serve a purely mechanical purpose. Fortunately, they do so in a very useful manner – one that makes the challenge of advancing through an MMO a bit easier on solo players.

Companions are not available at the beginning of the game. At level 16, players are given a quest to get a free companion. After that, companions are available for purchase using a number of the different currencies in the game. Players can have a revolving cast of companions, each of which can help to shore up the deficiencies of the player’s chosen class. It’s a good system that helps the mid-game and end-game of the game bearable for those who aren’t necessarily the most social players.

Guilds are player-created groups that generally form to help their members conquer certain types of content. Like most MMOs, these groups tend to specialize in one or more aspects of the game, helping to cater to a very specific section of the player base. Some of the guilds focus on PVP, while others might focus on Dungeon Delves or Skirmishes. There are also Roleplaying guilds that help players who are more interested in the lore of the setting to find like-minded individuals with which they can play.

One of the more unique features is the Alliance system. The Alliance system allows up to thirteen guilds to link up formally, providing more resources for their members and allowing those who are in specialized guilds to branch out and try new things.

Guilds in the game do not cross platforms, though. Players are separated by console and PC, so some guilds have multiple branches. These guilds tend to be the largest in the game, though, and tend to conquer the most content on a regular basis.

As should be expected from an MMO, Neverwinter has a fairly robust crafting system. While there are many items in the world that can be gained through dungeons and combat, there are also a great number of items that can only be gained from player crafters. This helps to keep the economy of the game moving and gives players who aren’t interested in combat a way to contribute to their guilds.

Unlike most MMOs, there’s no limit on the number of professions that a Neverwinter character can perform. Instead, characters can only perform a limited amount of actions at one time. With nine possible actions, though, a player can accomplish quite a bit. The biggest limit on what a player can do is centered around crafting levels. Certain items can only be made by players with a certain amount of skill, which generally forces players to specialize in only a few types of crafting.

Neverwinter is part of the Forgotten Realms setting of Dungeons and Dragons, situating the city once again in the northern realms of Faerun. Faerun is a world of gods and monsters, albeit one in which the mortal races hold a great deal of sway. This version of Neverwinter is a bit different than that seen in the previous games, though it is theoretically the same city as in those games.

The game takes place in a Faerun that is in the process of changing and being rebuilt. Neverwinter and its environs were nearly destroyed in the Spellplague. As such, players experience familiar environments that have undergone a great deal of change. It’s a unique look at the world, one that combines much of what players have come to expect from the Forgotten Realms and a bevy of new locations that really expand the fiction of the world.

Neverwinter is one of the better looks at the modern state of Dungeons and Dragons. While the game play is definitely tuned for experienced MMO players, it’s also fairly easy to pick up. The story isn’t quite as easy to follow as it would be in a traditional game, but it provides a much wider experience that feels in line with the original tenets of D&D. The game is still going strong, and those who play it can still expect many more adventures in a constantly growing world.

Head over to the gaming forum at our sister-site, LitRPG Forum.

History of the d20 RPG System