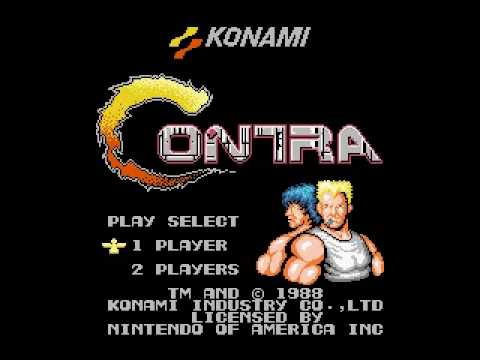 There are few things more divisive in the gaming community than the use of cheats. When it comes to multiplayer games, almost everyone agrees that cheating is bad. If you’re playing a single player game, though, everything gets a bit tougher to discuss. After all, it comes down to a discussion of why people play games and what they get out of the experience.

Regardless of what players think about cheats, they’ve always been an important part of the history of gaming. From the early cheats that helped to make games more playable to later cheats that changed the nature of their host games, these cheats have been intertwined with the world of gaming. These cheats are, in some ways, just as deserving of experiencing as the games themselves.

Below are some of the most famous cheats in gaming history, along with a brief discussion of why people might use cheats in the first place.

Up, up, down, down, left, right, left, right, B, A. This is the code of code. It’s probably best known for its use in Contra, but it’s shown up in countless games since then. This is beyond a doubt the most famous code in gaming and it’s made its way into almost every type of electronic media since its original release.

The Konami Code is best known as a code that gives players extra lives. This was a very necessary code for testers back in the old days of gaming, especially when console games were little more than arcade ports. It made sense for games to cause cheap deaths when they were just attempts to get more quarters out of players, but it stopped making sense to have that kind of mechanic when players bought the full game. The only way around this was to give players multiple lives – thus, the code.

The Konami Code is technically a cheat, but it doesn’t do much to help the player. Instead, it levels the playing field.

Metroid has two major codes, one of which is fairly innocuous. The NARPASWORD password is a pretty standard cheat code that gives players more power, more ammunition, and generally makes the game easier to beat. It’s much like many other passwords of the NES era, giving players a little edge – thought not quite making them invincible. It’s not quite as memorable a code as the Konami Code, but it essentially does the same kind of thing.

The other code, of course, is JUSTINBAILEY.

The Justin Bailey code is a code that gives players a number of weapons upgrades and defeats a few mini-bosses. Almost everyone has forgotten that part, of course, because it’s also the code that puts Samus in a leotard. It’s not exactly titillating, given the graphics, but it’s incredibly famous nonetheless. It’s the code that has basically plagued every game with a female protagonist, and it’s probably the favorite of frustrated young teen gamers everywhere.

Kid Icarus had a very wide range of potential codes. Most of them were just level skipping codes, of course, something that was fairly common during an era where battery-based saves were just starting to become the norm. There were also a number of codes that could help the player make his or her way through the game, though.

These codes varied in what they’d do for the player. Some would simply give the player a full inventory. Others would put players on the final level with a full set of potions. There were codes for infinite potions, for fully upgraded arrows, and for invincibility. Players could pick and choose whether they wanted to go after the final boss in a legitimate way or if they really wanted to cheat.

Kid Icarus is a game that fully embraced cheat codes. There were no real penalties for cheating, and many players who couldn’t quite make it through the end of the game needed these cheats to progress. In an era before online walkthroughs, these cheats helped to give players a leg up.

Mortal Kombat’s arcade version was notorious for being graphically violent. While it’s not exactly the kind of game that would make you bat an eye in today’s environment, it provoked some of the first real discussions about censoring video games. When the game made its way to home consoles, it toned down the gore significantly to placate parental groups.

That is, unless you had the code.

Inputting ABACABB on the Sega Genesis would bring back the graphic finishing moves. It might seem like a minor thing now, but this was the biggest selling point for Sega’s version of the game. If you were going to buy a console for Mortal Kombat, there’s no way you would buy the lesser version. This simple code automatically made one version of Mortal Kombat better than others.

It’s amazing how much a code can change a game, isn’t it?

It’s hard to call the codes in Grand Theft Auto cheating, really. It’s a single player game, and few of the codes really give you an edge. Sure, there are codes to heal you and to give you weapons and ammo, but it’s still player skill that makes the difference in getting to the end. No, these codes are mostly about giving players the chance to cause more mayhem – and really, isn’t that what the game is all about?

For every player that uses codes in GTA III to drop their wanted level, it seems like there are a dozen who use the same codes to cause all the civilians to start shooting at them. In many ways, it’s more in the spirit of the game to use the codes than to ignore them. After all, isn’t taking the time to make the game go crazy the best way to become a virtual criminal on your own?

Why Use Game Codes?

Sure, cheat codes might be famous. That does not, however, answer the question of why people want to use them. There’s a strong contingent out there who claim that using these codes ruins video games. They claim that the addition of a cheat code not only removes all of the challenge from playing the game, but that it also destroys the game experience that the designer had initially created. Cheat codes honestly seem to insult some gamers with their very existence.

What these players don’t always understand, though, are the reasons why people use cheat codes. They assume that all players are using them to somehow bypass the design of the game to claim a level of mastery that they haven’t earned. In most cases, though, this isn’t true. People who use cheats to beat games usually use them because the lack the ability to do so otherwise. They aren’t trying to claim mastery, but rather finish the game that they have bought. If they must use cheats, so be it.

There are also others who are more interested in the story of the game than the actual game play mechanics. They’d rather see the game through than deal with all of the challenges inherent in the game play itself. This is a totally valid way to look at a video game, by the way. For some, it’s the story that is more important than anything else.

There are still others who use cheats because it does something fun. They want a challenge that is built within the game world, but not necessarily a part of the base game. They want more enemies, more blood, or more crazy special effects. Mastery of the game is nothing compared to the fun one can have with cheats.

Are cheats good or bad? It depends on who you ask. There’s one thing for sure, though – they aren’t going anywhere.