You are here: LitRPG Reads / Blog / Overview of the Civilization Game Series
Spread the love 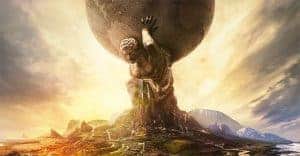 Civilization is one of the fundamental games of the PC gaming experience. It’s a game that most players are familiar with, even if they’ve never really sat down to play a game. It’s the game that seems to have seeped into the consciousness of gamers of all stripes. You’d be hard pressed to find even a hardcore FPS fan who hasn’t at least seen a game of Civ in passing.

Civ is the formative game when it comes to the 4X genre and the turn-based strategy genre on the PC. While there have been many games that have sought to copy the formula, none have ever been quite as successful as Civ. Whether players were looking for history, strategy, or just the chance to play a game for years at a time, this series delivered. Seeing where it came from makes it easier to appreciate where Civ is going today.

Spanning several video games, a number of spin-offs, and the transition into several other formats. Civ is one of the true titans of the gaming industry, and it looks like it’s going to be around for years to come. No matter how Civ changes, its deep roots in the gaming industry will keep players coming back to the series that started it all.

Video game history is often fraught with change. While Civilization has seemed remarkably stable from the outside, it has actually had quite a turbulent history. It has managed to weather every storm, but it’s often looked like it would go down with the various studios to which it was attached.

What’s impressive is that Civilization has stayed easily identifiable through all the turmoil. Despite changing hands several times, the core game play has remained largely untouched. It seems that this is one property that is far more valuable than anything else to which it might be attached. Civ, simply put, seems immune to the changes in the game industry.

Civilization was designed by Sid Meier in an attempt to move away from games that involved nothing more than destruction. While MicroProse had largely been a involved in military strategy and flight simulator titles, this game was more influenced by the rise of god games.

The game would be followed up by Civilization II in 1996, the first direct sequel to any of Sid Meier’s games. While the games were both successful, they didn’t set particularly well with the co-founder of MicroProse. The company’s initial purpose had been to create flight sims, and that was the direction that it was intended to go.

Firaxis was founded after the sale of MicroProse. The former company went into heavy debt after a series of misjudged business decisions and was sold to Spectrum Holobyte. The move cost MicroProse much of its original staff, while those responsible for Civilization moved on to form Firaxis.

Firaxis saw the release of Gettyburg and Alpha Centauri, both of which were influenced by the style of Civilization. While the games themselves weren’t quite the same, they carried a great deal of the same spirit. Unfortunately, the Firaxis years would also be beset with a number of lawsuits that caused some damage to the Civilization brand.

Civilization existed as an unrelated board game before the video game was created. Before Civilization could be published, a naming deal had to be worked out with the game’s publisher, Avalon Hill. The situation was fairly normal for the time, with few potential liabilities expected.

In 1997, Activision bought the right to the Civilization name from Avalon Hill, and then launched as suit against MicroProse for copyright infringement. MicroProse counter-sued, and initially won both the name and the right to publish future Civilization titles in the process. Oddly enough, both companies would soon be acquired by Hasboro, making the point entirely moot.

In 2001, Hasboro Interactive was bought out by Infogrames. This included the sale of the Atari brand, and the company would soon rebrand itself as Atari Interactive.

In 2004, Take-Two bought the rights to Civilization from Infogrames. 2K games, a subsidiary of Take-Two, would go on to publish Civliization IV. By this point, Civilization would go through some of its biggest design changes with each iteration. No longer would it just cater to old players – it would go through changes to bring in new players.

Despite changes, Civilization continued to be incredibly profitable. Take-Two would go on to buy Firaxis and begin publishing many more Civilization games. This relationship continues to this day, with the latest title released in 2016.

While Civilization has come a long way in terms of how it looks, this is a series that has absolutely been defined by its game play. While simple on the surface, it’s actually incredibly deep.

Most of the same systems have been in place since the earliest games, but a few major changes have made the series into the juggernaut it is today. It doesn’t take long to learn how to pick up a game of Civilization, but it can literally take years to learn how to beat the game on its hardest settings. It’s the perfect game for dedicated strategy fans.

Civilization begins with its map. It may be either procedurally generated or pre-defined, but it will always contain some mixture of starting civilizations and barbarian tribes. Players may choose an historical empire and its leader as their avatar, and begin the game at a random map location.

At this point, it is up to the player to expand, trade, wage war, and ultimately become the dominant civilization on the map. Games can be played against the AI or in local and online multiplayer modes. Games have been known to last for a few hours or as long as several years.

During the game play, players will spend most of their time split between dealing with other civilizations and managing their own. To a large degree, both are done through the technology tree. Players will discover various types of military government, philosophies, and scientific achievements.

Each of these discoveries has an impact on the game play, some of which might even be necessary to win the game. The tech tree has changed significantly since the first game, but the goal of getting to the more important technologies has remained an important part of Civilization since day one.

Civilization has become something much more than its main series. While six games do exist within the main line of the game, there have been far more entries in spin-off media. Some of these games have been very similar to Civ, while others have changed in order to become successful in new mediums.

These games have had a relatively wide range of success, with some being almost more beloved than the main series itself. If you’re looking to continue your Civ experience after the main games, these are the products at which you must look.

Some of Civilization’s best known spin offs have come in the arena of video games. The vast majority of these games are built along the same lines as Civ, and have served to keep the game line alive even when new games weren’t being published. These games have made their way to consoles and have expanded upon what players expect out of the game’s universe.

Of course, not all the games related to Civ are actually from the publishing companies. There have been several games that have been heavily influenced by Civilization and brought to the public. Some of these games are closely related to the series, while others are a bit more different in order to avoid copyright claims. These games are a great alternative to Civ for players who are done with the main series.

Board and card games

Civilization has managed to last for years, evolving when necessary and keeping the features that players have loved. It’s a great game for those looking for long-term, well-paced game play. While it might not have the same verve as real time strategy, it is perhaps the best example of turn-based strategy genre in existence. One thing is definitely for sure when it comes to Civilization, though – it is going to be around for many years to come.

Head over to the new LitRPG Forum today!