You are here: LitRPG Reads / Blog / Ready Player One Summary
Spread the love 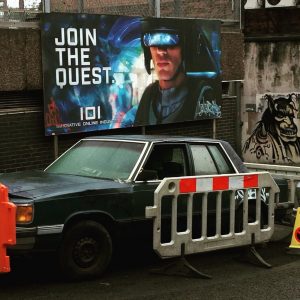 There’s a certain intersection between video games and nostalgia. Many popular games build on the past to work towards a future – maybe not one that’s brighter, but possibly one that’s better. No novel has ever captured that intersection as well as Ernest Cline’s 2011 novel READY PLAYER ONE.

In the year 2044, reality is an ugly place. The only time teenage Wade Watts really feels alive is when he’s jacked into the virtual utopia known as the OASIS.

Wade’s devoted his life to studying the puzzles hidden within this world’s digital confines—puzzles that are based on their creator’s obsession with the pop culture of decades past and that promise massive power and fortune to whoever can unlock them.

But when Wade stumbles upon the first clue, he finds himself beset by players willing to kill to take this ultimate prize. The race is on, and if Wade’s going to survive, he’ll have to win—and confront the real world he’s always been so desperate to escape.

You can probably tell already why this novel was such a hit with geeks, especially those of a certain age. Let’s dig a little deeper into the Ready Player One phenomena.

Ready Player One takes places in a dystopian version of 2044, one where fossil fuels are gone and society has stagnated to the point of stasis. People spend most of their time inside a virtual reality game called OASIS, hoping to escape the reality of their lives.

For some, OASIS is more than just a game. The creator of the game left a series of easter eggs in the game itself, the last of which would reward the discoverer with ownership of the game and the creator’s fortune.

Wade Watts is a player in OASIS who spends his time hunting for the easter eggs, albeit one with limited resources. He spends his time immersing himself in the world of OASIS’s creator, trying to figure out the clues that will lead him to the prize.

Watts soon finds a way to make headway in the quest, and he is opposed by the international corporation IOI which is also looking for a way to gain control of OASIS, motivated by profit. If the mega-corporation gains control, they’ll monetize the game and price the majority of players out of the system.

The novel is one part techno-thriller, one part nostalgia trip. During the process of finding the easter egg, Watts will encounter a number of places and situations from 1980s popular culture and become embroiled in a conspiracy that seems lifted directly from a William Gibson novel.

While the plot of the novel is fairly engrossing, the book’s real strength is in its characters. They manage to both conform to the stereotypes most have of gamers and break them at the same time.

It’s clear Cline put a great deal of thought into his characters and most of them seem like real, fleshed-out people by the end of the book.

They differ greatly in background and motivation, but they all end up on the same quest – even if some don’t make it all the way to the end.

The protagonist of the novel, Wade is a teenager who lives in a type of vertically-stacked trailer park referred to as the Stacks. He’s clearly the viewpoint character of the book and his backstory serves as one of the primary methods of world building.

Wade is very clearly based on Cline, and the author has admitted as much. He has a strong love for 1980s-era media and is the character who is most obsessed with finding the easter egg. He’s generally a good-hearted character and tends to make choices that will benefit more than just himself.

Halliday is the creator of OASIS and the character who posthumously puts the plot into motion. He is perhaps the character closest to the modern world and was old enough at the time of his death to have actually lived through the 1980s.

He was obsessed with the popular culture of his youth and made it a huge part of his game. It was that obsession that informed the location of the easter eggs.

Halliday is very much a Willy Wonka character, with a trickster streak that seems to reward those who purely love the game.

While he’s dead by the time the novel starts, it’s arguable that he’s the most important character in the book behind the protagonist.

Pronounced like the letter “H”, Aech is Wade’s best friend and a rival for the easter egg. While his character in Oasis is a white male, Aech is actually a black woman in real life.

Aech is one of the best fighters in OASIS, and is both a major ally of Wade as well as a thorn in his side.

She is a good representation of how people can choose who they want to be in a virtual world – and, from time to time, hide behind a character that might be more socially acceptable.

Pronounced like the Greek Goddess, Art3mis is the a famous easter egg hunter and blogger. She first notices Wade when he finds the first key to the easter egg, and the two begin a complicated relationship. While she’s mostly interested in him professionally at first, Wade has a fairly large crush on her.

Art3mis proves to be Wade’s biggest ally in the hunt for the easter egg, though the two are technically in competition for much of the book. In real life, Art3mis is a Canadian woman named Samantha and doesn’t actually meet with Wade in real life until the end of the book.

Og is the cofounder of OASIS and was entrusted with making sure the hunt for the easter egg was conducted fairly and without cheating.

Og is one of the few characters in the game that seems concerned with the ethical ramifications of OASIS. While he helped found the company that would build the software, he soon became concerned with the idea that people would use OASIS to escape their lives.

While Og did move on and create educational software for many years, he was sucked back into OASIS upon Halliday’s death. He only appears in the game once a year, but has the ability to monitor every player in the game.

Daito is a Japanese gamer and one of the lead hunters for the easter egg. He generally works with his brother, but he has a friendly (if tense) relationship with the other major characters.

Daito is a representation of the otaku and hikkomori stereotypes in gaming. He’s Japanese, utterly obsessed with the game, and he’s also something of a shut-in. He represents a very different archetype that the Western characters.

He also has the most dire fate of any of the characters in the novel. While definitely on the side of the protagonist, he’s mostly a motivational tool in the novel.

Shoto is Daito’s brother and partner. The two generally worked together to find the easter egg, but Shoto was somewhat more willing to work with others to complete the quest.

Like his brother, Shoto is an otaku and has a level of dedication to the game that’s generally seen as uncommon. He’s also very successful. By the end of the novel, he’s part of the core group of egg hunters and hopes to share the prize with the rest of the group.

Named after the founder of Atari, Nolan is the primary antagonist of Ready Player One.

Sorrento is the head of IOI’s Oology department, which has the primary purpose of finding Halliday’s easter egg. His goal is to find the egg so that IOI can gain control of OASIS and begin to monetize the game. 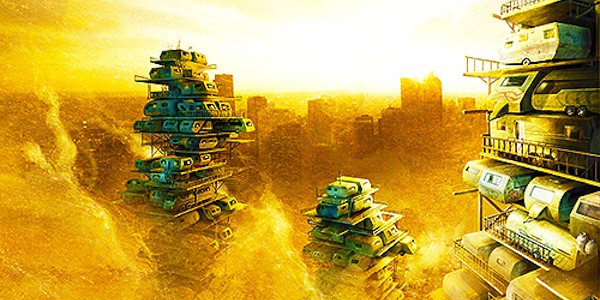 To promote the book, Ernest Cline set up an easter egg promotion of his own. The initial clue was found in the book, and led to a series of increasingly difficult video game challenges. While not as tough as the challenge in the game, it still took a good deal of time to solve.

Unlike the search in the game, it took relatively little time for fans to find and complete this challenge. Of course, that didn’t make it easy – the final stage involved breaking a world record on an Atari 2600 game.

By August 9th, 2012, the necessary tasks had been completed. Craig Queen set a new world record on the Atari game Joust, and was rewarded with a DeLorean.

Ready Player One is also notable because it incorporated fan-fiction, albeit by a professional author, into its universe.

Lacero, written by The Martian author Andy Weir, takes place before the main novel. It follows the story of Nolan Sorrento and goes a fair way towards building up the world of the story. While not by Cline, it mimics the tone of the novel very well.

Lacero was included in the 2016 edition of Ready Player One, making it canonical to the novel universe and a vital part of the story.

The 2018 Ready Player One Movie

The film adaptation of Ready Player One has been in the works since before the novel was officially released. The movie rights to the book were bought at the same time as the book’s publishing rights, and Cline has been working on the screen play for almost that entire time.

A great deal of speculation has surrounded the casting of the movie, with a number of big names rumored for some of the roles. The biggest piece of casting news, however, concerned a character who was not in the novel.

T.J. Miller’s role is currently unknown, but it’s not from the book. There was speculation that he’d be playing an internet troll early on, but it’s now confirmed that he will be playing some kind of bounty hunter. This may represent one of the largest departures from the book by the film.

The movie, directed by Steven Spielberg, is schedule for release on March 30th, 2018.

The Future of RPO

Beyond the movie, it’s difficult to determine what the future holds for Ready Player One.

It’s known that, at least as of 2015, Cline was working on a sequel to the novel. It is, however, unknown whether this novel is real or just conjecture at this point. No real news has been released since the end of 2015.

It’s likely that Ready Player One’s future will be determined by the success of the film. It seems like a relatively likely concept to adapt to other forms of media, should the movie by successful. Whether this means a television show, games, or even more novels is up in the air.

Ready Player One is a different kind of novel, one that both seems tailor-made for adaptation and strongly attached to the novel format at the same time. As the movie’s release approaches, it’s likely that more new readers will pick up the novel. What that means for the future, though, is uncertain.