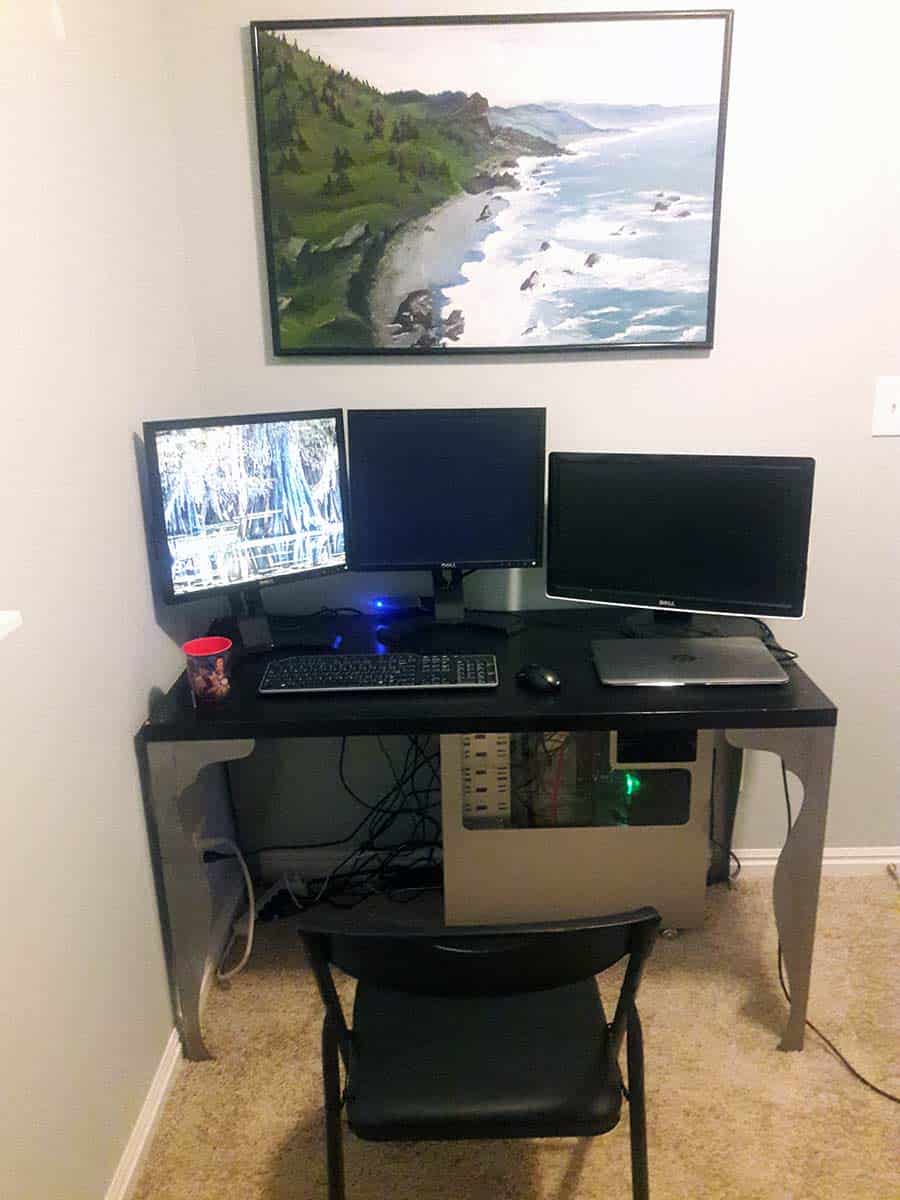 Most of his friends from High School still don’t even know his first name. Known only as either “Mulder” or “Agent”, there was an unforgettable moment when a girl he was dating expressed her confusion when a friend approached him and called him “Richard”. The ongoing joke was “Hey Mulder, where’s Scully?” Ironically he later married a redhead. Here’s our quick Q&A with Mulder. Enjoy.

When did you first start publishing fiction?

I published first novel, “The Secret Journal” in November 2003. Yes, that’s 15 years ago. I was 18 years old, and had been writing and rewriting the story since I was 12. It’s no longer in print due to some unfortunate politics with my original publisher, however I retained full copyright. I’m excited to announce that I’m currently rewriting it as a GameLit title, and it’s nearing completion. It will serve as a prequel story to the Conquest Saga that is set about 10 years prior to book one, CONQUEST.

Can you tell us more about your magazine venture?

For 10 months between January and October 2017, I helped co-produce a monthly digital anthology called SciFan Magazine. This was an effort to help budding writers gain publicity with minimal risk, meanwhile use their short stories as a funnel to bring attention to novels that they had published on their own. We featured stories from a large number of authors in both the budding Science Fantasy and LitRPG genres. In our final issue that we published on the one year anniversary of SciFan’s initial founding, we published a special edition that publicly announced the debut of the GameLit genre.

GameLit is an open concept of LitRPG that is much more expansive in scope. The definition can be found at GameLit.org: “A story with gaming elements essential to the plot. Often includes features of Science Fiction, Fantasy, or Science Fantasy.”

Hands down, I love LitRPG. My favorites so far have been Blaise Corvin’s “Secret of the Old Ones: Luck Stat Strategy” and Harmon Cooper’s Fantasy Online: Hyperborea”. I also have a huge backlist of LitRPG titles waiting for me to read on my Kindle, and I intend to post 5-Star reviews for every single one. Why? Because I believe that every author needs at least one Standing Ovation in their lifetime, and this is the closest opportunity I have to giving them that. There’s far too much negativity in the writing industry, whereas I’m a firm believer that all of us need to have each other’s back. It’s a dog-eat-dog world out there, and I’m hell-bent on changing the bullying atmosphere found in a lot of author communities.

Because I still work a 9-5 full time job and because I have a wife and kids to support, my opportunities to write are very rare. Because of this, I’m constantly plotting and dreaming up storylines to keep me entertained during my boring day. That way, the instant I have another opportunity to write I hit it hard – even if that means I’m sitting in the car with the kids while my wife shops, meanwhile I’m dictating the story to my phone via Google Docs. So writers block? Honestly, I don’t really get it anymore.

Both, but mostly a pantser. I have a general outline and plot points that need to be met, but overall each scene is a surprise as I write it.

On a good day, I can get 2 hours in late at night after my wife and kids go to bed. Otherwise, it’s in 15 minute sprints at various points throughout the day.

Hands down, CONQUEST is my favorite. It’s not LitRPG, but instead a GameLit portal fantasy set in modern times. It took me seven years to plot all the points out, and there’s tons of Easter Eggs to find throughout. One of my favorite reviews came from a blogger who stated in part: “This book is definitely on my list of re-reads. While I absolutely enjoyed it, I feel like there was so much to this book that I am going to have to read it, maybe twice more, just to grasp everything. That’s not a bad thing. I love books that have so much going on, making them easy to dive back into without being bored the second time around. It did take me a bit to get into this book, just from the sheer amount of information and world-building. I loved how this story unfolded in layers. Each time I thought I knew what was going on, something new was added. It left me continually guessing what was going to happen next, a definite plus in my book.” 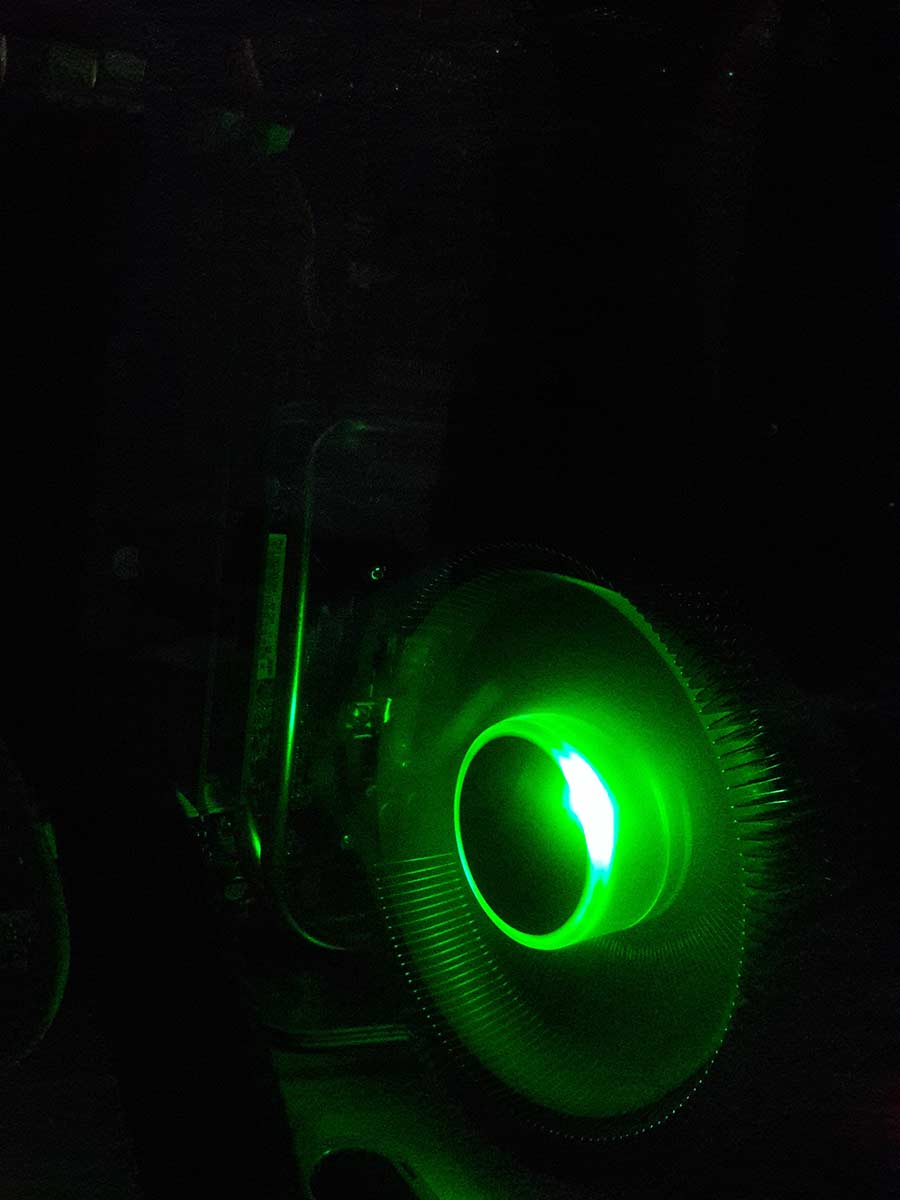 I desperately need to get myself a new chair, but I’m quite proud of my massive gaming desktop. It has 5 different fans inside, and one of them looks like it came off the back of a jet!

Dan Brown is hands down my all time favorite author. I love his style of writing so much, I downright studied all of his books. Some have even commented that my own writing style had adapted to be similar in nature to his! 🙂

My next favorite is tied between J. K. Rowling and J. R. R. Tolkien. I honestly can’t decide which one I like better. They are both such astounding authors, and I’m honored to carry the same title.

I like to play video games with my sons, and I’ve always been a fan of fantasy stories. Mashing the two together was absolutely brilliant – and I’m really excited that GameLit has taken off so much in the past year!

I simply plot out the main story arcs, then start writing like crazy.

Star Trek or Star Wars? Why?

I used to be on the fence, but now I’m hands down a bigger Star Wars fan ever since Disney took over the franchise. I was honestly a bit nervous that they would ruin it at first, but now I’m very impressed – despite all the critics. I’ve loved all of the new movies, and I’m craving more.

Don’t fall for the Vanity Publisher trap. If you are offered the world but are told that you have to pay all these fees to even get your book on the shelves, it’s a scam. Run away! It blows my mind that so many budding authors are unaware that they can publish for FREE!

My covers. Hands down. I tried to make my own for a while, but that was a serious mistake. I now use the same artist for all of my stuff – and she’s absolutely amazing!

What’s your favorite Fantasy movie of all time? And why?

Eragon. Why? Well, first off I love stories that have dragons in it. Period. As you may have noticed, both my story CONQUEST and DarkForce have dragons. But that’s not the only reason I love Eragon. I also love it for it’s backstory. When the author Christopher Paolini first published this story, he was a teenage Indie (and he’s only 2 years older than me!). Not a lot of people know that. Eragon became so popular that a movie adaptation was released in 2006. The author has since written the full 4-book series, as well as several spinoffs. My dream is to one day make my series so popular that highly acclaimed movie adaptations are made from it!

The sequel to CONQUEST, the first of a FPS GameLit mini-series called “DarkForce” was recently released inside the “GameLit Expansion Pack” a.k.a. #GameLitXP, maintained the #1 Bestseller in Virtual Reality for five weeks! I was very honored to be included within this anthology with so many talented authors. I’ve now released both the Prequel and Expansion 1 of DarkForce on Amazon, and  you can pick up the Prequel for free by joining my mailing list.

I’m very pleased to see how far GameLit has come since the term was coined back on September 4th 2017 during a conversation between myself, Zachariah Dracoulis, Dustin Tigner, and John Ward. You can learn the full history and origin of GameLit, how it differentiates from LitRPG, and the future plans for GameLit by reading this article posted by the small market publishing house “Indie Illuminati.”

Author Interview with Angel Ramon
You are a gamer trapped in an RPG? Can you survive, solve the mystery, and escape? Get more info! ;