One of the real joys of the LitRPG genre – as well as the sci-fi and fantasy genres – is the ability to travel to new worlds in one’s mind. Think back to the fabulous places you’ve visited in your imagination, how they’ve changed the way you perceive the world and the sense of longing that you’ve always felt. There are, fortunately, a number of locations in the real world that can bring you a step or two closer to the world of fantasy. If you’ve always wished to travel to a brand new world, the locations below will bring you as close as possible. 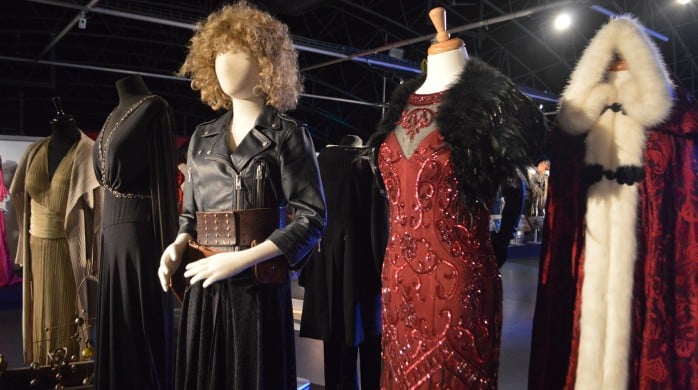 Cardiff, Wales was once the byword for an unassuming place, but now it’s become something much more to fans of Doctor Who. The home base of the series and the site of several of its more memorable recent stories, this is one place that fans would come to visit even if nothing else was there. Simply being on the same streets as the Doctor and his companions or being able to pick out filming locations from Torchwood is a great day trip in and of itself.

Fortunately, there’s also the Doctor Who Experience there for those who want a bit more time with the Doctor. The experience is a museum and interactive experience that allows mega-fans the chance to see real props from the show and even spend some time within the TARDIS.

It’s a great deal of fun for new and old fans alike, and almost anyone who has loved the show will find something to love inside the experience. If there’s any problem at all with the Experience, it’s the fact that it’s a bit too short. It’s definitely the kind of thing that you will want to go through more than once.

Studio Ghibli is known for its fantastic stories, of course, but a huge component of what has made those worlds so popular has been the fantastic landscapes that compose their worlds. While you won’t be getting out to the landscapes that the studio has made so famous any time soon, you can visit the Studio Ghibli museum to learn more about the process behind their movies. This is a fantastic place to visit for anyone who is a fan of animation, as it brings home both the dedication and the sense of wonder that are inherent in the art form.

Not a Ghibli fan? If you’re looking for something relating a bit more to geek culture in general, the Akihabara district will be your paradise. Known as the geek center of the world, Akihabara has everything you’d want to see when you were a kid. Though it can be a little overwhelming, this nerd mecca absolutely must be visited by anime, manga, and gaming fans.

Have you ever wanted to visit Westeros? Sure, it’s not the most inviting place in the fictional universe, but it’s definitely one of the most wondrous. Fans of HBO’s book adaptations have a unique chance to visit some of the series’ most iconic spots. As one might expect, there are plenty of tours that will help you to walk through each location, but the city itself is also worth visiting on its own. Dubrovnik is as close to a real-life fantasy city as you’ll ever find, so even those spots that aren’t related to Game of Thrones are worth visiting.

When you’re in the city, though, you’ll be assaulted by many familiar sites. The city is best known for being the stand-in for King’s Landing, but it’s also quite close to Lokrum Island, which doubled as Qarth in the second season. The city even does double duty as Mereen from time to time, so you really can see almost everything the show has to offer in terms of city scenes. Have all the fun you like having conspiratorial meetings in the Arboretum, but remember that no one will appreciate you doing your own walk of shame. 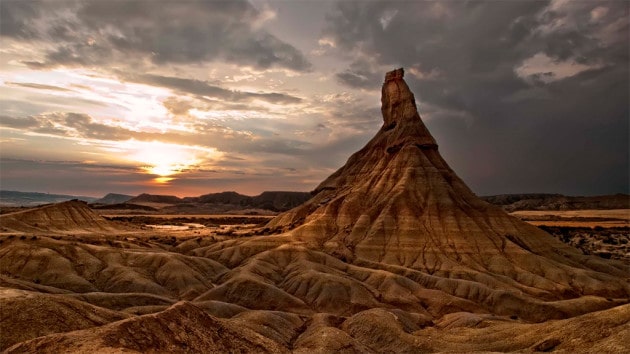 One of the great parts of Game of Thrones is how well it nailed the different landscapes. While most shows would be luck to shoot at just one location, Game of Thrones has gone out of its way to make sure that each filming area is unique. While many of the King’s Landing scenes are shot in Croatia, there are plenty of scenes shot elsewhere. While you probably don’t want to head up to the frozen north to become a member of the Night’s Watch, Tudela in Northern Spain is a great place to spend your vacation time.

Fans of the show are probably more familiar with Tudela as the area near the Dothraki Sea. The surrounding areas in Spain, however, are full of Game of Thrones locations. You can visit the Tower of Joy and the Great Sept with a bit of driving, helping to nail down some of the most important parts of Season Six. You’ll also be able to visit Dorne and Braavos on the same trip, giving you a fantastic Game of Thrones experience from one base location. It’s definitely one of the most impressive ways to spend your time on Westeros, and one of the few that won’t risk your life.

New Zealand – The Hobbit & Lord of the Rings

The rolling hills of New Zealand are beautiful in and of themselves. If you’ve ever wanted to go on a vacation to a place that looks like a fantasy world, it’s the island to visit. Thanks to Peter Jackson, though, it’s also become the closest thing to a real version of Middle Earth that you will ever find. Whether you are a fan of the films or of the original books, you’ll find yourself transported to a world that you dearly love. New Zealand has made a great deal of money off of tourism based on that universe, so you won’t be alone.

There are a few key places to visit while in New Zealand and they’re all relatively easy to find. There are plenty of tours available that will take you to any parts of the sets that are still standing, as well as helicopter tours that will take you to the areas that are a bit less accessible. While you are viewing these areas, it will be hard for your to remember that you are in the real world. Instead, you’ll find yourself drawn to a time and place that has long lived in your imagination.

Where Would You Go?

In this golden age of sci-fi and fantasy television, the locations listed above are just a small sampling of what’s out there. As a fan of LitRPG, you’ve got many chances to visit some of your favorite worlds. What LitRPG or fantasy location would you like to visit most? What’s the one world you’ve always wanted to see? If you’re willing to do a little bit of research, there’s a good chance that you will be able to find a tour around the locations that have inspired some of your favorite books, movies, and television shows.