Next up on the LitRPG author interview list is Stephan Morse. You may know him as the author of the wonderful Continue Online series. Morse was born in 1983 in San Diego. The next fifteen years were spent slowly escaping California and surviving a public education system. Thus far he’s made it to the Seattle (WA) region with little desire to go further. When not trying to shove words together into sentences Stephan spends time reading, catching up on sleep, and otherwise living a mundane life.

What was your first published work?

My first published work was Continue Online, which started as two books, became four, then finally a five book complete series with a whole host of other books that I’ll get to one of these days.

There’s two answers to this question. I first started writing when I was in the fifth grade and the teacher made us do something, anything. I did. It was a terrible story about me turning into a dragon and burning the neighbor, whom I didn’t like, into bits. It made my mom raise an eyebrow in confusion. During my teens and early twenties there was a lot of off and on writing through what are called RP Threads, basically people taking turns on a forum telling a shared story. Then I started writing my on work, for me, back in 2011.

What type of books do you enjoy reading? Paper? eBook?

It depends on the day. There’s nothing that beats the feeling of turning pages and that sound as paper rubs against paper – but I’m an adult without enough room in my house and two children. Digital download survive longer and are less likely to crush someone. My old bookshelf fell over once when my son was young. No one was hurt, but the shelves and shelves of books had to go before my son started climbing.

Do you ever suffer from with writer’s block?

Sure. Writers block is also solved by writing. So, when I suffer, I end up writing something else. It helps to have a back burner project to switch to when the core work is stuck.

Are you an Outliner or Pantser?

Yes. Yes I am. I am those things. I am very badly both of those things. I’m also a flaker. A flailer. A facroller. A prayer. A heavy drinker. So, yes.

If I were to pick sheer emotional depth, it would be Continue Online’s 5th book. There’s a point at the halfway which I’d built up to since the beginning. It was awesome to reach that, finally. It meant I’d gotten to a goal, I’d wrapped the story around to the beginning effectively, and I was closing in on the end of a long draining project. That being said, The Fiasco way first attempt at a solid humor piece and it’s full of hilarity.

No! My workspace travels with me. That being said, I’ll pick up one of the view outside the boat one day. I spend a lot of my time editing and writing on a Washington State ferry, so if you’re a stalkerish local, you can probably find me on there. 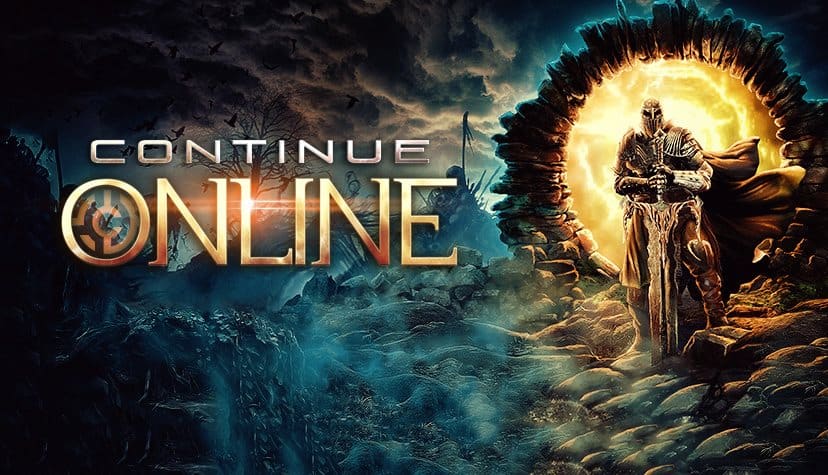 Who are some of your favorite LitRPG authors?

There are a lot of authors I respect for what they’re able to do for the genre and within their stories. I could argue that my favorite is still Piers Anthony and he only did one work that qualifies as LitRPG. Don’t argue with me, Killobyte fits the bill. There’s leveling and points and tangible progress.

I admire Travis for nailing a combination of young adult and LitRPG that really resonated with crowds and felt fresh. Luke does great with his high adventures. I’d celebrate Blaise but Delvers is more portal fiction in my head so it doesn’t fit right. Of course, people have argued that my stuff is more pure speculative Sci-Fi than LitRPG. To each their own.

What I like most are works that add something new to me. I’ve read so much English native stuff and piles of translated popcorn fiction that it’s hard to keep track. I could cite something for another dozen names and aspects I enjoyed about them, but it would be like a bad Emmys speech.

Sleep. Mostly sleep. Seriously. I have crazy complex dreams that come with backstories, growing and evolving plots, and epic scenes. Then I translate those super poorly into written word. There is also a lot of value in simply reading a ton of books, watching shows, and so on. But I can only consume content for so long before my brain goes “What could I do with this?”

If you were trapped inside a game, what race/class would you hope to get?

This question is rough because I have focus problems. I will say that the core of my Pen and Paper background comes from Rifts games, where over the top and broken is a way of life. In there was a race of dragons call the Chang Ku. They were basically Eastern style dragons, and insane masters of shape shifting. I figure something like that will give me all the range I need to goof around in a game world.

What can fans expect next from you?

Oof, I’ve got too many projects in the air and my fingers aren’t fast enough. My next “LitRPG” will be Fridays Online, a tale following another character in the Continue Online universe. We’ll learn about Beth’s father and build up to the next major arc. I’ve got four stand alone stories planned (Fridays being one of them) that will be part of a set I’m tentatively calling “Bastion”. Since my work involves near future science fiction, real world elements, and so on – we’ll see in game actions and real world impact for my poor abused universe.

This is a hard question too because good answers are often too close to the truth for comfort. I’ll say this here though, as a parent, as a person, I don’t know what life has in store for me. I don’t know if I’ll ever get all the stories in my head out on paper or find the right things to say to those around me in case my time abruptly comes. I love writing because I get to leave something behind, in case.

As such, to me, this isn’t simply about making money, it’s about having a small legacy, for however long it lasts. I think sometimes we, authors, forget that in our race for ratings and dollar bills y’all. And if other people enjoy the stories? All the better.

There, I added something.

You can occasionally find FrustratedEgo at LitRPG Forum.