You are here: LitRPG Reads / LitRPG Audiobooks
Spread the love

We’re looking for the best way to list all the best LitRPG Audiobooks. Stay tuned for more. 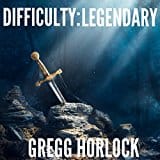 In the world of Re:Fuze, anything is possible. Fortunes can be made, and the unlikeliest of people can find glory in a land of swords and magic.  With low Job Qualification (JQ) scores and two years of national service looming, Eric Templeton knows he is doomed to a life of poverty. When he is given a chance to enter the game, he knows he has the opportunity to save his family from their desperate situation.  But when he enters the game, Eric isn’t spawned into the newbie camp of Blundow. Instead he is sent to the darkest regions of the map, filled with creatures beyond his level. He stumbles across a conspiracy that no newbie should ever see, and he knows that he can’t hope to survive. 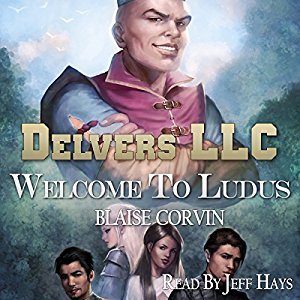 Henry and Jason led normal lives in Seattle before they were abducted to another world. Their kidnapper, the vain, self-styled god Dolos, refuses to send them back unless they can accomplish an impossible task. Oddly, Dolos doesn’t seem to care if they succeed or not.  Luckily, Henry and Jason studied Historical European Martial Arts (HEMA) on Earth. Unfortunately, a Japanese American EMT and a geeky IT programmer don’t have many other useful skills on a sword-and-sorcery world like Ludus.  Stranded in the middle of nowhere on an alien world, the friends have no real direction and only a few possessions including magic-granting orbs from an apathetic god. Undaunted, the two begin their insane adventure to return home…but basic survival and eventually paying rent will have to take priority.