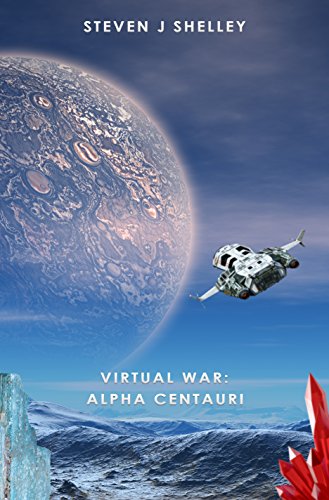 Humans have been at war with the Irians for twelve years.

With heavy casualties and depleted resources on both sides, opposing military leaders come up with a novel solution.

It is agreed that the newly-discovered Alpha Centauri system will be fought virtually, inside a dynamic role-playing game.

Using cutting-edge Immersion technology, human and Irian engineers unite to design the game. The rules are simple: two armies of 100 pixel runners will compete for each of the three habitable planets in the Alpha Centauri system.

The species with the most victories will be permitted to colonize the system for real, putting them in a strong position to win the war.

For Major John Talbot, chosen leader of the human virtual army, the chance to play such an amazingly detailed game is a dream come true.

The price of failure, however, doesn’t bear thinking about …

VIRTUAL WAR: ALPHA CENTAURI is the first in an exciting series of science fiction LitRPG novels.