You are here: LitRPG Reads / LitRPG Books / Realm of the Nine Circles
Spread the love 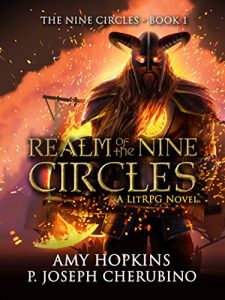 In the MMORPG Realm of the Nine Circles, things are not as they should be. NPC behavior is a little too realistic, and the game’s ultimate bad guy, Lord Mylos, is acting weird and killing heaps of players just for fun.

Dante is an entry-level game developer for Plexcorp, the company that owns and runs the game. He knows the secret to the strangeness lies near. Will the answers be in the cavernous depths of the Plexcorp building, owned by the man who created the game? Or is the answer deep within the Nine Circles itself? One thing is certain: asking questions might get him killed.

To figure it all out, Dante must lead a band of adventurers into a virtual reality world where he has to play the game to save not only his own life but the entire Realm itself.