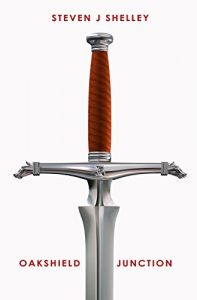 Nick Stanners has no money. No job. No prospects. He lives in one of the most crime-ridden apartment blocks on the west coast. His girlfriend uses him for a place to stay. His father is on life support. Rent is due next week…

Games are Nick’s passion. He’s played them all – well, the old screen ones anyway. He’s never been able to afford an Immersion tank and the amazing games that come with them, but he’s seen the web casts. He knows the names of every superstar pixel runner. His heroes.

So when he’s picked out of the crowd to participate in a competitive, quest-driven dark fantasy RPG, his brain melts. Could this be his opportunity to get ahead? Or will he be chewed up by the machine, just another failed pixel runner by the side of the road?