You are here: LitRPG Reads / LitRPG Books / Secret of the Old Ones: Luck Stat Strategy
Spread the love 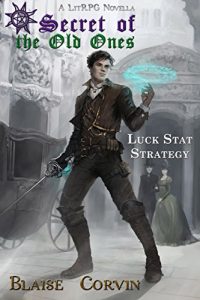 Secret of the Old Ones is a deep dive VR game, the likes of which the world had never seen.

Trent Noguero, a hardcore gamer, has been playing for a year and is about to get his big break. He is about to catapult himself into the ranks of the most powerful players in the world.

However, power comes with a price, and celebrity creates enemies. Trent has the keys to massive success, but he also accidentally painted a target on his back… both in, and out of the game.