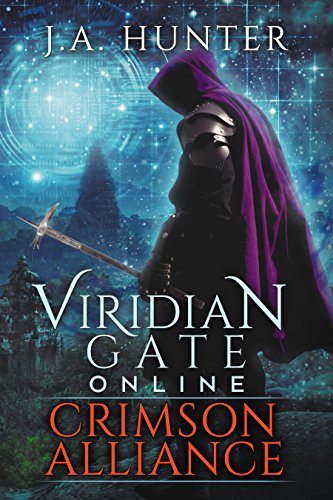 Three days ago, Jack Mitchel saved his life. By dying.

He dodged a world-ending bullet—in the form of an extinction-level asteroid cannonballing toward Earth—by successfully uploading his mind into the brand-new, ultra-immersive, fantasy-based VRMMORPG, Viridian Gate Online. Unfortunately, he’s also stumbled headlong into a secret conspiracy that will transform V.G.O. into a new feudal dark age.

Jack expected to live out his new fantasy life in peace, but now he and his misfit crew of rebels are the only ones preventing a tyrant emperor and his regime from taking power.

Thankfully, everything isn’t quite as hopeless as it seems—Jack has a plan. Sort of. With only a handful of supporters, he’s going to get the jump on the bloodthirsty empire by snatching one of their key cities right from underneath their noses.

In order to pull off the impossible, however, Jack’s going to have to develop his formidable Shadowmancer powers, raid some ridiculous dungeons, and make some shady allies—allies who may be more dangerous than the empire itself.