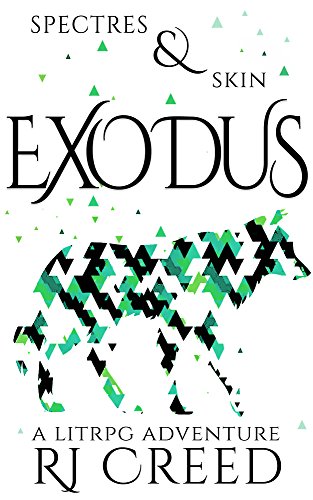 Imagine the look on everyone’s faces when I tell them that I’m not the intended chosen one — that the gods would never have picked a loser or an outsider like me — I just happened to apply the right cheat code at the right time. And now I have to save the world.

When the biggest game developers on a dying Earth create their latest VRMMORPG, it takes on a life of its own. Impossible to control, and even harder to predict, the game world in Spectres & Skin is officially classed as a parallel universe, and people clamor to escape the horrors of overpopulation and pollution by moving over.

Recent graduate Matthew Blake is down on his luck. A climbing accident has robbed him of the use of his legs, his best friend is better than him in every way, and he just cannot find a job. VR is his only escape from a life he can’t stand. When he is invited to peek into the exclusive new game world, he can’t resist. Is his luck about to change?