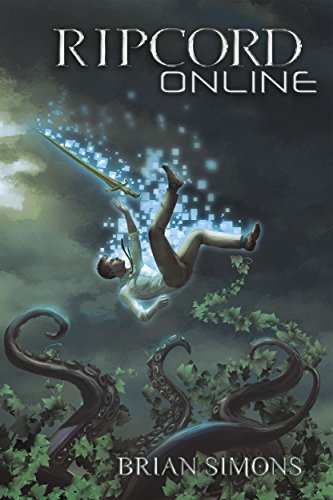 A LitRPG Series by by Brian Simons (LitRPG Author)

After a week with the implant, Ripcord Online had translated all of my memories, hopes, and dreams — all of me — into binary code. I was ready for the uplink. There was just one thing I had to do first.

Ripcord was a revolutionary new product that launched people into a virtual reality world just moments before death, sparing them their painful end-of-life memories and allowing them to live in a video game utopia for all time.

At least, that’s how it was advertised. No one ever came back to say whether Ripcord lived up to its promise. It was a one-way ticket for those lucky enough to get in.

Well, maybe “lucky” isn’t the right word for it.

My wife had been in Ripcord for two years. I was finally ready to go find her. When I got there though, it was nothing like I had expected and she was nowhere to be found.

Oh, and did I mention something is killing everyone off? “Griefing” players that were already grieving.

If I ever wanted to see my wife again, I’d have to get a lot stronger, learn how to level up in this strange new world, and hope she found a way to survive this long…