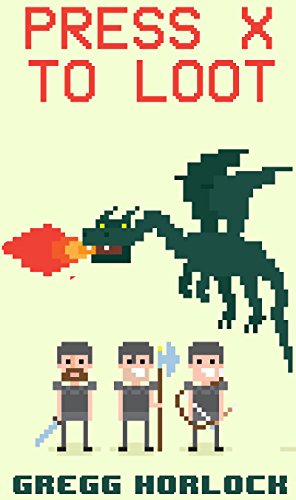 By Gregg Horlock (Author) A LitRPG adventure from the author of the Difficulty: Legendary series.

Chris Ledfield is struggling. Thrust into running the family tour business years before he was ready, he spends his days leading people through Gossard Forest. His family have owned the business for generations, and Chris feels the weight of responsibility bearing down on him. When a national company, Star Horizon, try to buy exclusive rights to Gossard Forest, Chris knows Ledfield Tours is in trouble.

He doesn’t have the money to compete with Star Horizon, and all looks lost. But then he gets a chance; a fully-immersive VR game, Pana Reborn, is releasing an expansion pack. With the release of the pack, Artemis Island, the company are running a competition.

They’ve hidden something called Helder’s Bane on the island, and the first person to find it wins a lifetime subscription to the game. Not only that, but they also win 10,000GD, more than enough for Chris to buy the rights to the tour and save his family business.

In a world of combat, levels, skills and adventure, Chris must beat the other players to finding Helder’s Bane. Together with his party, he must explore the island and survive its dangers. That won’t be easy, because Artemis Island is different from the Pana mainland.

There’s a secret on Artemis Island, and players who venture out at night will discover just how dangerous it can be.