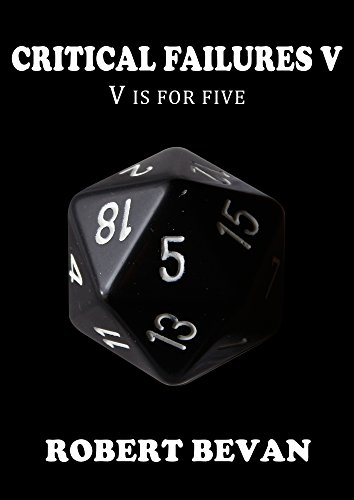 Many view “hitting rock bottom” as foundation on which to rebuild one’s life, a place from which one can only ascend.

Gamers know to search for a secret door leading down to the sewer.

Over the years, these two loves mingled, festered, and congealed into the ever expanding Caverns & Creatures series of comedy/fantasy novels and short stories.

Robert is a writer, blogger, and a player on the Authors & Dragons podcast. He lives with his wife and two children on the Mississippi Gulf Coast.