You are here: LitRPG Reads / LitRPG Books / Fantasy LitRPG / Back in the Game
Spread the love 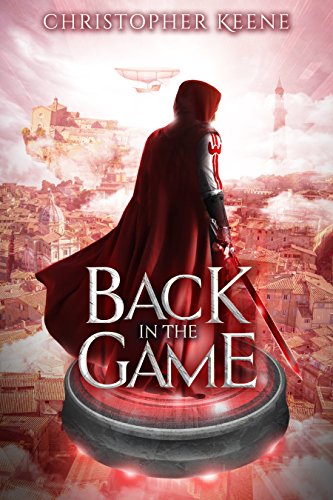 By Christopher Keene  (Author) Back in the game is the sequel to Stuck in the Game, a LitRPG adventure.

Noah has survived his time trapped in the virtual reality of the Dream State game and his body is on the road to recovery. His mind, however, cannot put the past behind him, knowing the company that ruined his life has escaped justice. With the evidence he needs to convict them held on a Transfer Orb hidden in the Dream State, Noah returns to help his friends reclaim it. However, someone has already beaten him to the punch.

FranktheTank is a newbie. When he happens across the Transfer Orb, he sees it as a big payday, something to boost his skills to the next level. As he tries to sell it off to the highest bidder, he begins to realize that something more than his avatar’s status is at stake.

In order to push the evidence to the public, Noah and his allies race to find Frank before Wona does. Empowered by new weapons and magic, Noah and his friends fight through dungeons, monsters, and dragon nests, though only Noah knows what lengths Wona will resort to in order to keep its good name clean and its dark past a secret.

Can Noah fight the pull of the game to protect Wona’s victims?