LitFPS? Yes, it’s becoming a thing with the Permadeath series by by Matthew Sylvester. His latest, Devon’s Demons, is coming out April 23, 2017. We’ve also got The Battlemage by Taran Matharu. Ppart of the The Summoner Trilogy, it’s set to drop on May 9, 2017. We’ve also got The Karmadont Chess Set by Vasily Mahanenko. Yes, The Way of the Shaman: Book #5 is coming to the English language on April 2, 2017. Woot. Let’s take a closer look at some of these upcoming LitRPG books.

The conclusion to the New York Times–bestselling Summoner trilogy is coming this May. In it, Fletcher and his friends fight for survival in the ether, where they pursue a mortally dangerous quest to rebuild their world and broker peace.

Even as hatred threatens to turn friend into foe, Fletcher must lead a small army of soldiers into battle to protect his ancestral homeland, and face his biggest challenge yet: his nemesis, the albino orc, Khan, who seeks to destroy everything Fletcher holds dear.

Devon’s Demons have escaped from France into Spain. Expecting to go home, they are instead thrust into a new war against a new enemy, the North African Coalition. Forced into the Spanish Foreign Legion, Devon and her people find themselves up against an elite unit that seems to know their every move. Is there a traitor in their midst?

Only this is in a VR game called World Domination, a game designed to eliminate civilian, technological, fiscal and environmental loss but to still cater for the warlike nature of humans. All of the troops are hard wired into their harnesses.

The Karmadont Chess Set (The Way of the Shaman)

Mahan’s ready for new adventures – just as the gaming world of Barliona thought it was about to re-enter its old comfortable rut. The winds of the Dark Forest have finally died down; Altameda has recognized its new owner while Geranika is nursing new schemes of global destruction.

Would Mahan be happy with this predictable old life? We think not! New storylines, new monsters, new dungeons and a new status: our High Shaman hates the daily grind! He wants a new apprentice? – then he’d better find someone who has no right to summon Spirits. A new ship? – it’s going to be one of a kind! A new love? Well, we’ll have to see, won’t we?

If you’re an author, shoot me an email at kp@paulbellow.com, and let me know the details. You can also leave a comment below – even if you’re a reader. Thanks for reading, and stay tuned for more as the year progresses. 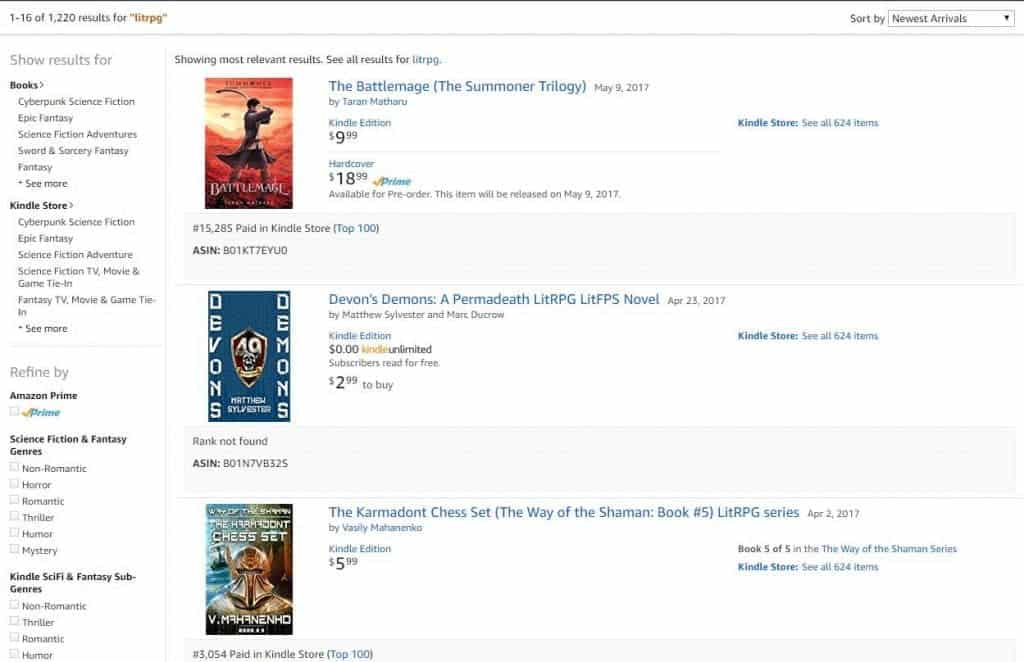